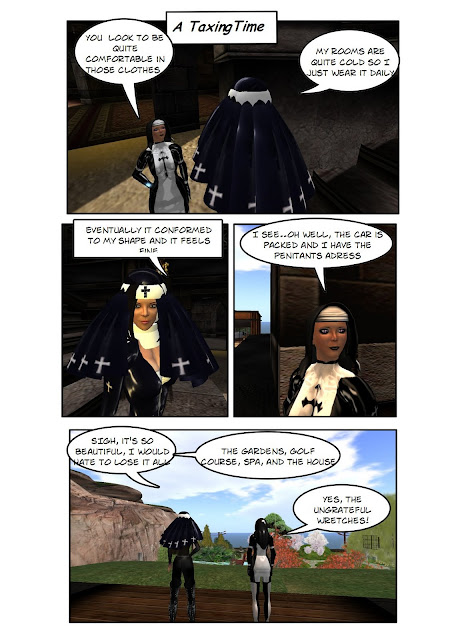 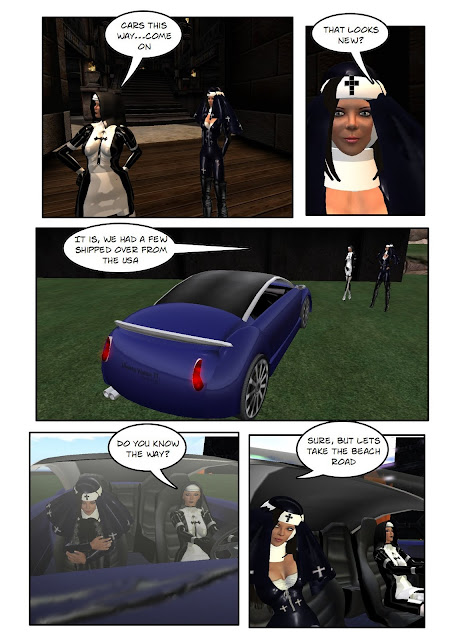 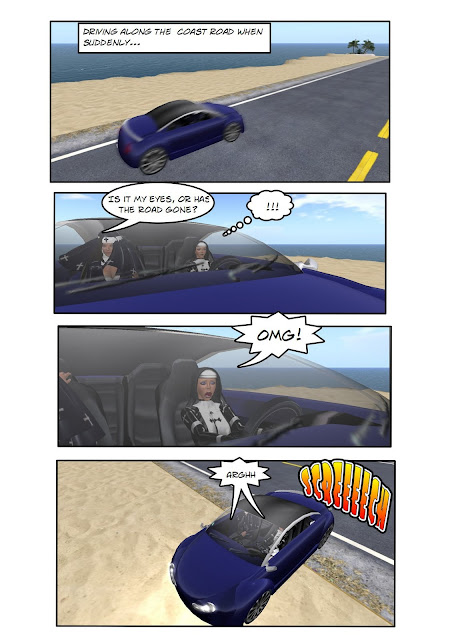 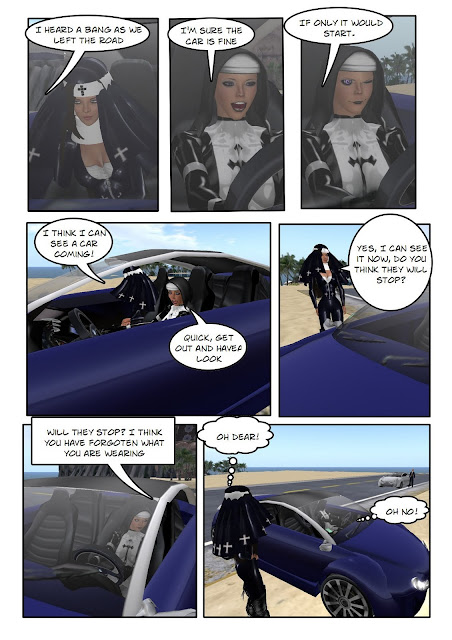 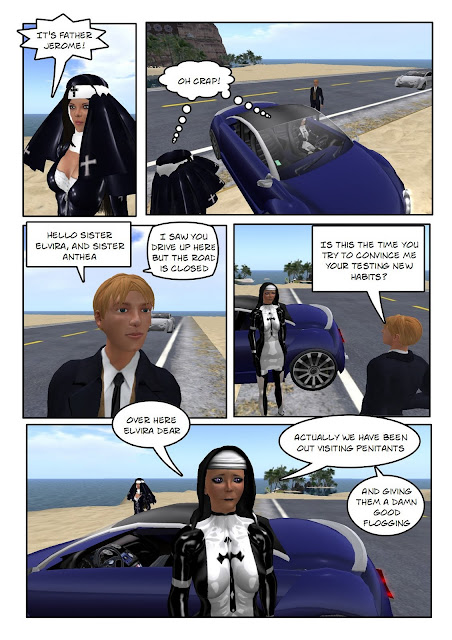 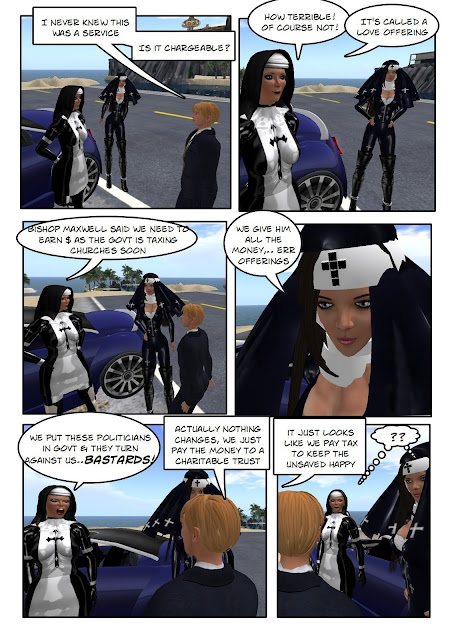 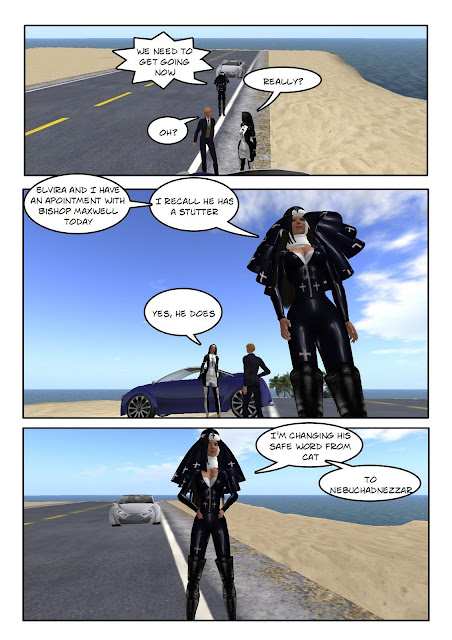 Australia is one of the very very few countries where you can a church or religious group can own a profit making business and there is no tax paid on those profits, to understand the issue I recommend reading this article in The Australian and this 2001 story from the 7:30 Report
Posted by Shockwave Plasma at 6/30/2011 10:19:00 am No comments:


A few years ago the US Dept of Justice decided to investigate BAE, who used to be British Aerospace, for bribing Saudi Princes (among others) for defence contracts.

I have absolutely no doubt that BAE actually did hand over bags of cash, but I always suspected the real motive for the US investigation is that BAE handed over more cash than the US companies did.

I was hoping that something would appear from Wikileaks along this line eventually, I've not kept up with the Wikileak releases, as I have to admit all the drama with the Wikileaks organization and the various newspapers does get rather tiresome.

Today Rania Khalek wrote on Alternet a story of how US Diplomats are working as agents of US Corporations
Here is the part I like best :-

In late 2006, then President George W. Bush wrote a personal letter he had hand-delivered to King Abdullah of Saudi Arabia, practically begging the king to buy as many as 43 Boeing jets to modernize Saudi Arabian Airlines and 13 jets for the Saudi royal fleet.

King Abdullah responded by asking the US government and President Bush to trick out his private airplane with the same high-tech equipment used on Air Force One. He hinted that if the US fulfilled his request, he would make a large purchase of Boeing planes for the royal family's fleet and Saudi Arabian Airlines. And lo and behold, King Abdullah got his airplane upgrade, and Boeing made billions.


Now of course there is no actual cash changing hands, it's swapping goods so there is no money trail. Maybe this is where BAE went wrong, possibly suggesting a new jet, or fitting out of the old one, would have been a bit less troublesome.

The scandal provoked quite a bit of a argument at an OECD meeting, with the usual suspects taking sides. The French were almost certainly angry not selling their own jets.

But why is it surprising that Diplomats act as salesmen for their country? It's certainly been going on for a long time, not only that but a  front page incident in Australia from 1995 was about a joint Australia USA mission to bug the Chinese Embassy in Canberra.
This was before the Web was mainstream so there are no copies of the paper online, but the newspapers of the day said this was actually leaked by ASIO, as the Americans where passing commercial intelligence to  US businesses, and using it to undermine Australian business in China. ASIO asked them to stop, and of course the US denied it all.

EDIT:- The point of it all? I wonder who in the US will chase all these diplomats with the same rules as they did BAE?

I've been very impressed how Mike Stuchbery has taken on the rather odious state supported  Access Ministries.

He was sent a letter from a lawyer about his deconstruction of another strange Access comic.
This is almost certainly what all the fuss is about

Today on his tumblr

It’s been an interesting week. On Friday I received a letter from Moore’s Legal, regarding my posting of Access Ministries’ ‘Man Hunters’ graphic novel. I had posted it online to highlight what I thought was not suitable for ue with children, due to the violence, sexism and racism that filled the pages. You can find the letter here. Advice from colleagues and the pleading of my fiancee led to me removing the PDF and several images sourced from the comic that I had used for the purposes of criticising the text.

Today I logged on to Wordpress to find that my ability to post on my blog, ‘Mike Stuchbery’ had been disabled. This is presumably as a result of a DMCA notice served against Wordpress. I cannot post until Wordpress contacts me - which may be some time. In the meantime I’ve taken to Twitter, Facebook & Tumblr to continue the dialogue regarding Access Ministries, SRI and the influence of evangelicals in our public schools.

It’s clear that Access are playing hardball. I think I can guess why. This has nothing to do with copyright. It’s just the cheapiest and easiest route through which to try to shut me up. it’s certainly easier to prove than defamation or similar, and less costly. I’m certainly not making any money from their works. It’s all about flexing their muscle and making an example of someone amongst the clamour of opposition to the current SRI system. They don’t their material to see the public arena, not after the ‘bullying comic’ fiasco that made the frontpages of the Age. They’re frightened of the spotlight turned across their simplistic, unconsidered, culturally-insenstive and inappropriate curriculum materials.

I’ll be back posting on the blog soon. I’m getting advice on the best hosting that won’t be so quick to fold if Access decide to maintain the attempts to gag and silence me. In the meantime, keep the discussion flowing and keep calling on the Education Minister to provide the best outcome for kids.

Australia and the US have provisions for fair use or fair dealing in their copyright laws, and Mike has certainly been on the side of Review and Criticism. As ACCESS are keen to get their materials in front of Victorian children, they really do need to come under the tightest scrutiny

In Australia, the grounds for fair dealing are:

Legal advice (although the federal Crown is deemed to own copyright in federal statutes, and the Crown in each State in state statutes). (s43)

Parody and Satire (with some exceptions) (s41A)

Some more pictures I had done from Deviant Art 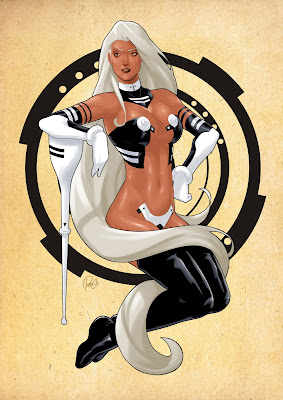 This was done by http://redg404.deviantart.com/ 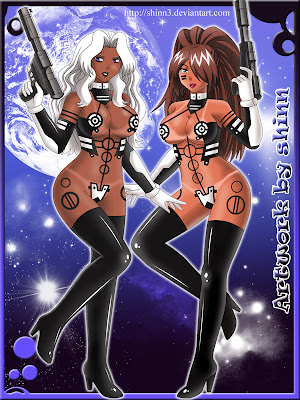 And here I am with my friend and revolutionary Zonja Capalini
The picture was done by http://shinn3.deviantart.com/

Our outfits are by Jackie Graves, who gives an interview here
A portrait! What could be more simple and more complex, more obvious and more profound. - Charles Baudelaire
Posted by Shockwave Plasma at 6/21/2011 08:51:00 pm No comments:

60 Minutes and the Anti-Vaxxers

Here is some of their reasoning :-


BRONWYN: There are benefits of diseases. Now I say that with qualification, because obviously diseases have to be well managed and going through a disease is like us getting exercise. This is one of the reasons why it’s good to get rubella as soon as possible, so that you have immunity to it. And um…

ELLEN FANNING: But what about the risk of rubella to pregnant women who can have babies suffering terrible birth defects?


VIERA: Don’t answer things that you don’t know enough about, OK – don’t answer them. You were drowning. So let’s call a spade a spade.


ELLEN FANNING: Why would she be drowning?


VIERA: Because she hasn’t got the extent of knowledge that I have.


ELLEN FANNING: If she hasn’t got the extensive knowledge, why on earth is she writing these articles on the website?


ELLEN FANNING: So just for clarity, you’re not a medical doctor?


VIERA: I’m not a medical doctor, no. But I am a doctor of natural sciences.


ELLEN FANNING: Am I right in thinking that in fact your expertise is in studying microfossils, little fossils?

So yes, Dr  Scheibner, is not a medical Doctor, but she believed that she knows more than actual medical practitioners.

You can see it here:-


Or at the official site here, with a Transcript

I'm sure you all remember seeing people with calipers walking around the streets? No? I do, I also remember people who had to live in Iron Lungs, you don't see either of them anymore in 1st world countries, but sadly 59 years after the Polio vaccine became available we still have victims in Africa and India, as in the picture below.

As a counterbalance to the stupidity of the AntiVaxxers, we at least have Bill Gates who has dedicated himself to the eradication of Polio. 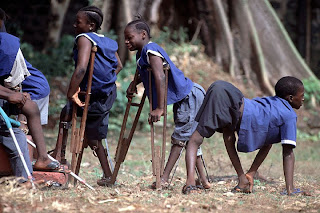 “We don’t know exactly when the last child will be affected. But we do have the vaccines to wipe it out,” “Countries do have the will to deploy all the tools at their disposal. If we all have the fortitude to see this effort through to the end, then we will eradicate polio.” Bill Gates
Posted by Shockwave Plasma at 6/15/2011 11:13:00 pm 1 comment: