The Secular Europe website has a summery of information of the privileges the Vatican enjoys.

It's easy to fall into the Dan Brown style of conspiracy thinking about the Vatican, but recent history has shown that it can't be trusted, and is a blight on the human race. Of course some people will always defend it, no matter if it be child abuse being the fault of modern society, Nazi gold,  or lies about condoms in Africa.

Why March? For the promotion of:

The Campaign has a number of Videos up on YouTube   This one from Stephen Law is my favorite and pertinent to everyone in regards to religious based education.

Nearly 20,000 people attended the Protest the Pope rally in London last year protest against the State Visit of Pope Benedict in the UK,to demand an end to religious privileges and ask that European institutions remain secular.

The Internet (well mostly Facebook) is slowly drawing people together, protesters and activists are coming together and sharing information like never before. Secularists, Humanists and Atheists are finally finding a voice, and realising they can make a change for the better.

‘Secularism is the only way to protect people of all different religions and those with none. It is vital that everyone who believes in liberal democracy and who values human rights comes on the march in September to show their support. If you want to defend women’s rights, children’s rights, the rights of gay people, human and reproductive rights, then march with us this September and let people see that we object to the influence of religion within the law and on the state.’  - Marco Tranchino coordinator of the Secular Europe Campaign
Posted by Shockwave Plasma at 8/31/2011 11:28:00 pm 1 comment:

Nymwars and the propaganda of Botgirl 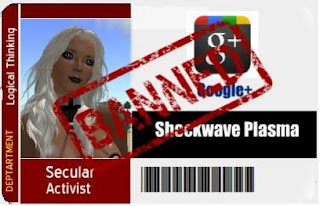 The Nymwars against the forces of Morder errr Google continue. Currently it still looks all very vague with Google not really seeming to know what of their executives are going to say next. 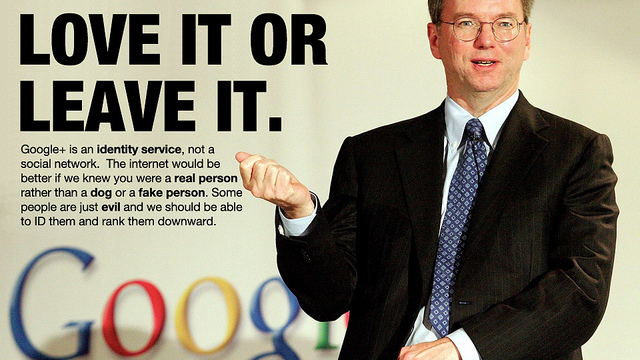 All wars produce some good artistic propaganda, and Botgirl has been a quite a bit prolific, and I would like more people to see them:- 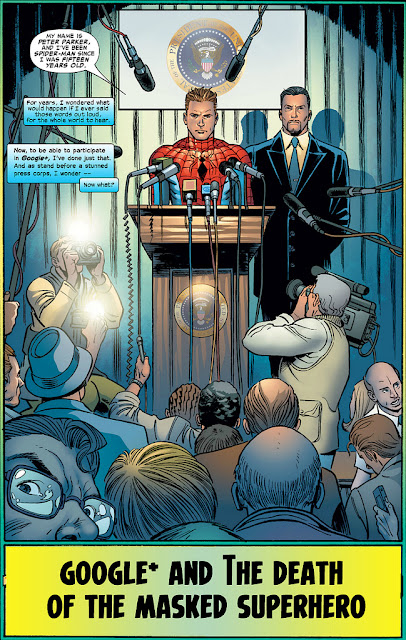 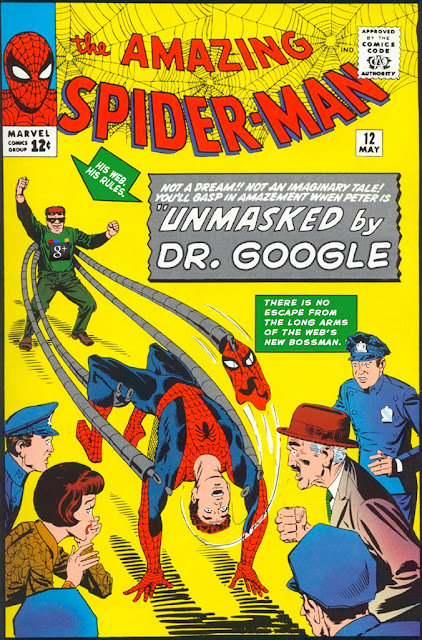 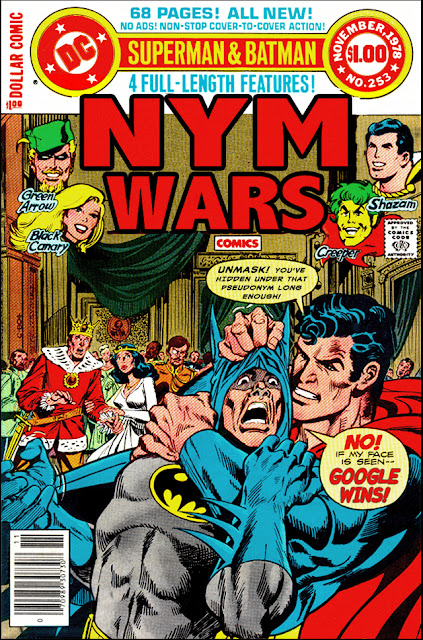 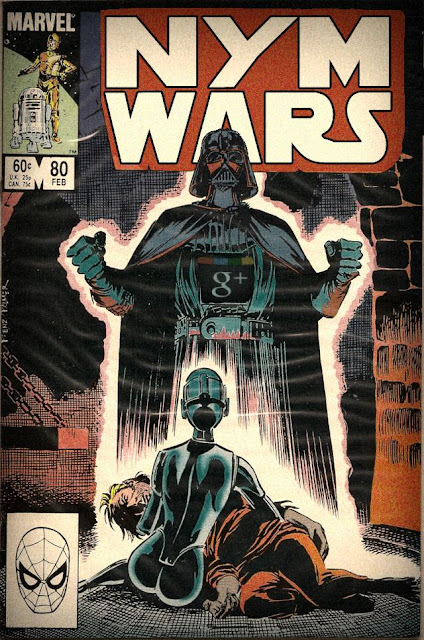 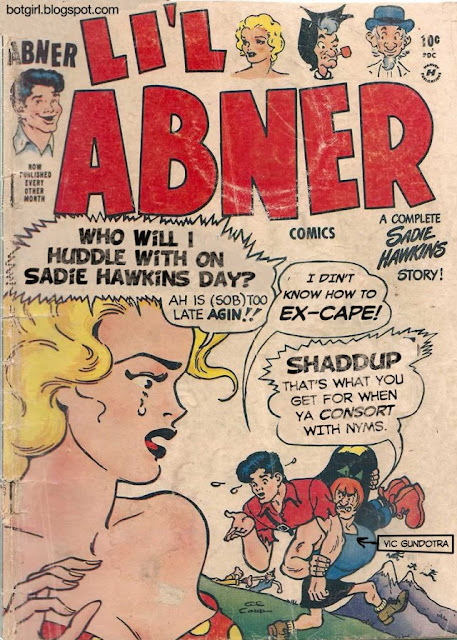 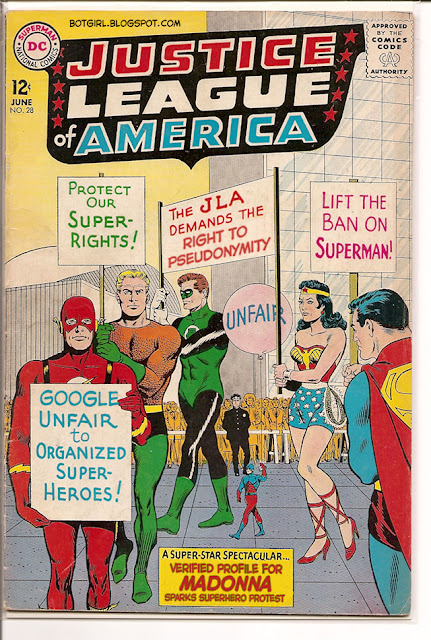 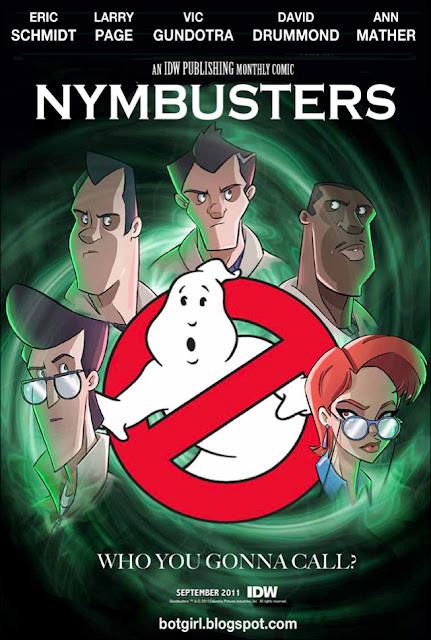 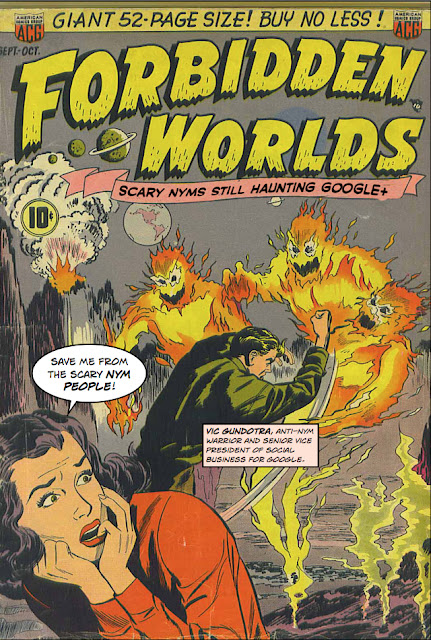 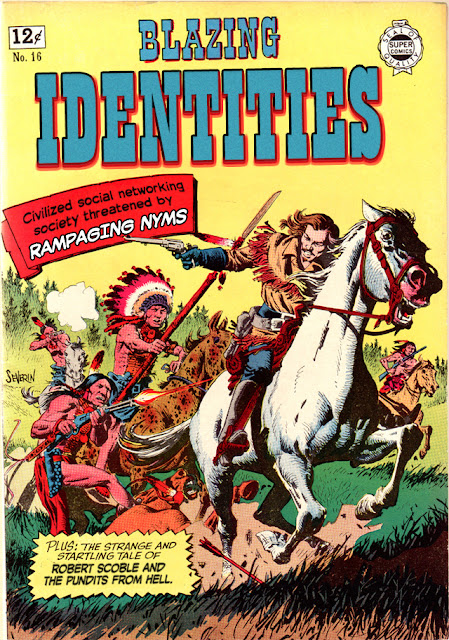 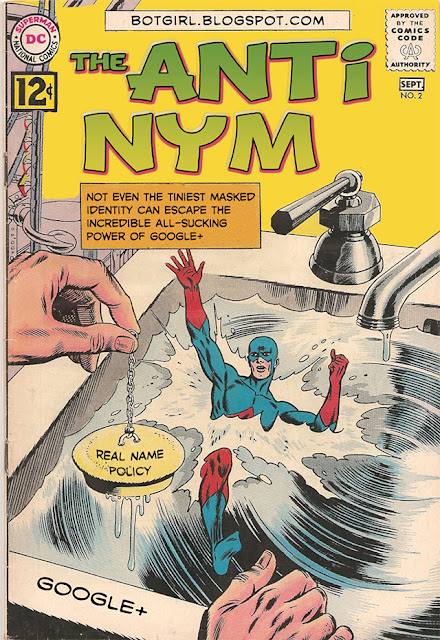 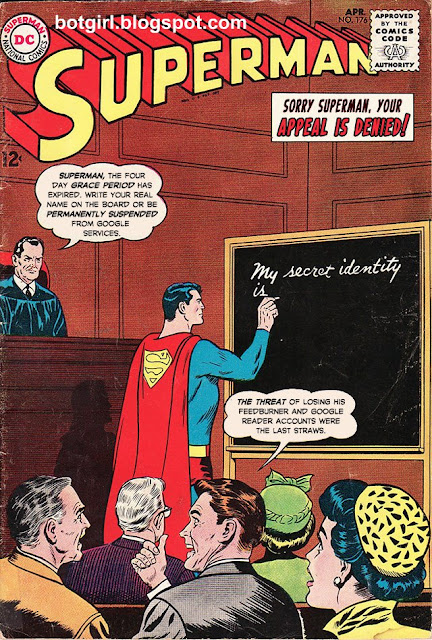 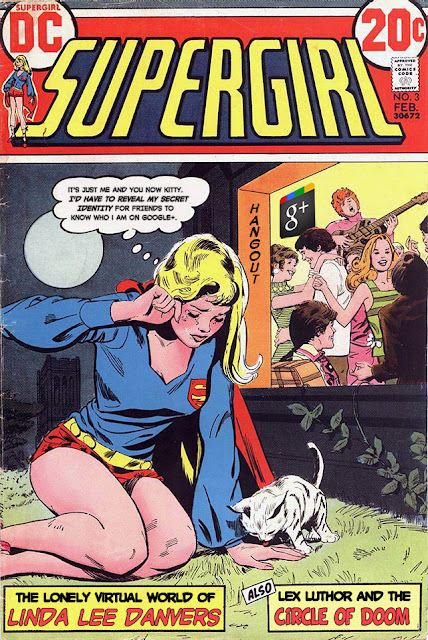 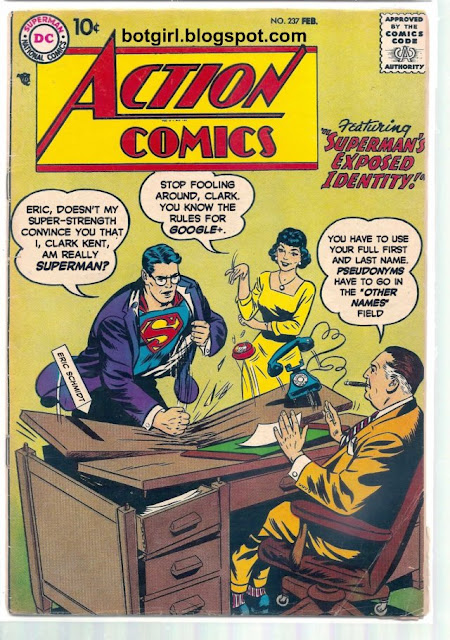 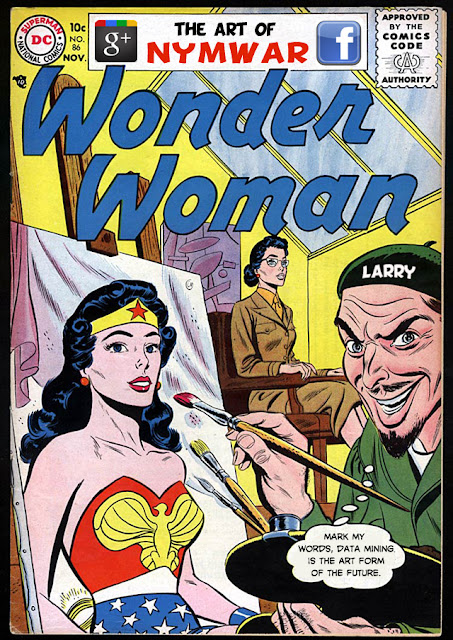 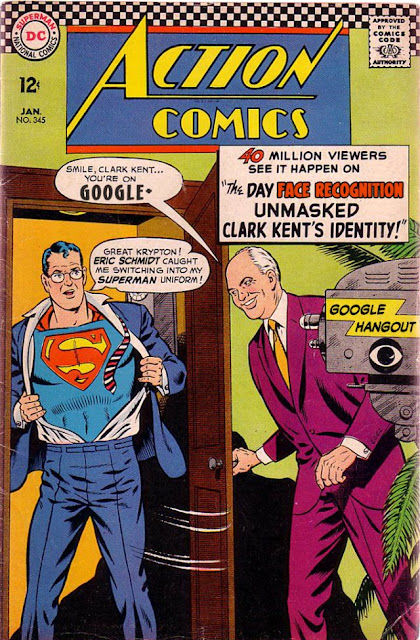 “Parodies and caricatures are the most penetrating of criticisms.” - Aldous Huxley
Posted by Shockwave Plasma at 8/29/2011 03:27:00 pm No comments:

William Craig Lane is on his way back to the UK again, doing the usual tours and talks to the faithful.
This time he is having a debate with Stephen Law  "Does God Exist"* on 17th October 2011 at Westminster Hall.

Tickets are £12.50 and available at http://www.premier.org.uk/craig

If you are in London and can go, it would certainly be an interesting event. It would also be interesting to see if William Craig Lane brings out the same arguments that he has in the past, or has thought of something new.

The AVN have a few court cases coming up soon, here is a bit of a summery of the the conspiracy nuts at the Australian Vaccination Network.

But what is rather frightening, is when I did a google search for "Vaccination Quotes", just how many others like the AVN are out there.


Anyone who knows how difficult it is to keep a secret among three men - particularly if they are married - knows how absurd is the idea of a worldwide secret conspiracy consciously controlling all mankind by its financial power; in real, clear analysis.  Oswald Mosley
Posted by Shockwave Plasma at 8/08/2011 09:11:00 am No comments:

In February I blogged about the upcoming Census in many countries this year , and how many Humanist Societies such as the Scottish Humanist Society  did a Good without God campaign 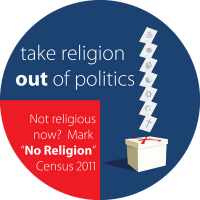 In years past if you wanted to get somewhere in Australian politics you never mentioned religion, now thanks to John Howard it seems that we seemed to have taken the American route and it has become a part of the Australian political landscape. Most of this isn't obvious unless you really scrutinise the members of  Federal and State Government. It makes you wonder how Julia Gillard at first was an Atheist, but now has become a non-practising Baptist.
How much influence does religion have in Government? Lets make a list.

Do you really want Global warming denier George Pell, giving "advice" the many Catholic people in the Liberal Party?

How about Jim Wallace from the Australian Christian Lobby, a friend to all Gay people everywhere /sarcasm 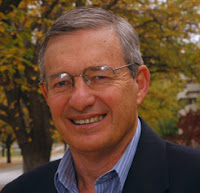 When you say your Christian, than your giving these self elected spokesman more influence than they deserve.
It's time to take Religion out of Politics  http://www.censusnoreligion.org/


Religious creeds encourage some of the craziest kinds of thoughts, emotions, and behaviors and favor severe manifestations of neurosis, borderline personality states, and sometimes even psychosis. - Albert Ellis
Posted by Shockwave Plasma at 8/06/2011 04:22:00 pm No comments:

Google+ and being who we need to be

I have had this blog for about 4 years now, so I would guess this makes me an established personality, but not established enough for Google+. I jumped into Google+ when it first went live, and enjoyed the way it worked and the people on there. Then the purges began, people started to disappear...gone from my time line.
People such as :-

Then I jumped from  Google+ as I had seen on twitter that some people had lost access to Gmail and didn't want to lose access to my account. As my name is made up of fairly common words, but not actual names, I guessed the  BanHammer was coming after me soon. 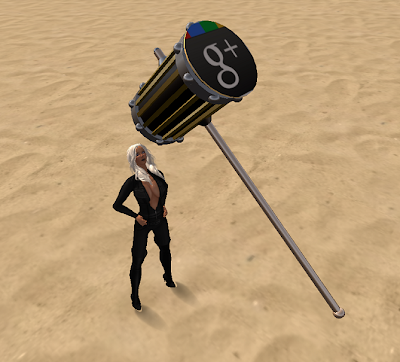 I'm rather sad about it as Google+ had the potential for me to stay in contact with friends that aren't on other networks, and to deal with the information overload issue that comes from networks I am on.

Then Botgirl Questi got the ban hammer treatment, and she's not taking it lightly, and is giving it her best parody treatment:- 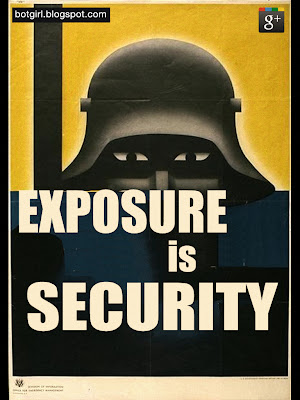 Then she had to go and talk to Google, as she does....


It's not just just Second Life personalities falling foul of the names policy.

Ex-Google Employee Skud had her Google+ account suspended and has written a great post about it here.

Another post I enjoyed reading was by Danah Boyd  "Real names" are an Abuse of Power  the article itself is quite good, but the comments show a complete range from total agreement, to those who haven't a clue.

My Name is Me is a site that lets people explain in their own words why they have chosen pseudonymity for their online existence.

A lot have to do with issues of sex, religion, (or lack of), politics,Human Rights and to avoid abuse and misogyny. (If you don't that this is a problem, I refer you to my last post on Rebecca Watson, and the daily amount of abuse she gets)

In the last year, we have seen Twitter, and Facebook become the launchpoint for the biggest shake up in world politics since the fall of the Berlin Wall. Since  December 2010 there have been revolutions in Tunisia and Egypt, civil war in Libya, uprisings in Bahrain,Syria, and Yemen, major protests in Algeria, Iraq, Jordan, Morocco, and Oman. Minor protests in Kuwait, Lebanon, Mauritania, Saudi Arabia, Sudan, and Western Sahara. We can also add the failed Iranian protests.


Remember how Egypt turned off the Internet, to stop the people communicating. I wonder how many people where using real twitter and Facebook accounts. If it had all gone bad in Egypt, well, you can be sure those people with the real accounts would be either dead or missing by now.

Using alternate names is nothing new, it's quite famous for writers, sportsman, actors soldiers:-

The Electronic Frontier Foundation also support pseudonyms , and this quote sums it up best :-


"Anonymity is a shield from the tyranny of the majority. It thus exemplifies the purpose behind the Bill of Rights, and of the First Amendment in particular: to protect unpopular individuals from retaliation—and their ideas from suppression—at the hand of an intolerant society. The right to remain anonymous may be abused when it shields fraudulent conduct. But political speech by its nature will sometimes have unpalatable consequences, and, in general, our society accords greater weight to the value of free speech than to the dangers of its misuse."

EDIT:-
We now seem to have Spartacus standing up for some of us We will see how long this lasts.

Rebecca Watson and the Religious War on Woman

This is one of the best videos on modern womans issues I've seen in a while. Rebecca Watson a the CFI leaders conference talks about what it's like to be an outspoken Atheist, and the terrible and disturbing abuse that she gets on a daily basis.

She then sums up how the rich christian organizations are attacking the rights of woman in the USA and are now exporting their vile ideology overseas.

Feminism is the radical notion that women are people. ~Cheris Kramarae and Paula Treichler
Posted by Shockwave Plasma at 8/01/2011 01:55:00 am No comments: