One of the most profound advances in Medicine was vaccination, I'm not sure how much this can overstated, this along with clean water and and sanitation has been saving lives of decades.

But it seems along with Moon Hoaxes, Flat Earthers, Crop Circles and Chem Sprayers, there are people who believe that vaccinations are dangerous and cause Autism, and in same cases they believe it's a tool to poison them in either a CIA or Alien conspiracy.

Recently in Australia the main organization that was spouting this rubbish has come in for a bit scrutiny. The AVN or the Australian Vaccination Network used to be called on by the Media to provide "balance", when there were stories such as Andrew Wakefield and his bogus MMR findings. I've always found this an odd thing that the Media does, why not the Moon Hoax people for when there are stories on Apollo missions or NASA?

While there are cases of vaccines damaging children, and there are certainly people like cancer sufferers who should have them due to their immune system already being compromised, for society in general vaccination is by far the best option.

Why exactly is the AVN and Anti-vaxxers dangerous to public health?

This blog post from DrunkenMadman show an example of the sloppy and incorrect thinking that is typical of the AVN, and comes from their own magazine . The statement

I'm sure many Doctors would be interested in knowing that, so if I get a cold, I don't have to worry about and airborne disease or infections, fantastic!
The AVN has been active for some years, but it was only with the sad death of  3 month old local child, and the AVNs effort to access her records, and then their insistence that she didn't die of whooping cough, that really brought on the complaints, as it became clear just how awful these Anti-vaxxers are. This led to the  formation of the facebook group Stop the AVN.
These people are clearly deluded, but as we live in a free society, the question of what to do about people who spread FUD ( Fear, Uncertainty and Doubt )  is a difficult one.It also leads to the problem of quack  medicine in general.
I would forward you to the excellently written article on Australian Images , I really can't produce anything better than this.

Anyone in Australia might want to look at Cosmos magazine the current issue has a story on the AVN, and the AVN and it's supporters aren't to happy about it either, the assistant Editor commented she has never had so much vitriolic emails from any group or person.

Awards the AVN have won:-

One of the worlds five biggest Quacks


Government Investigations :-
A public warning about the Australian Vaccination Network from the Health Care Complaints Commission

It seems it's also under investigation by the NSW Office of Liquor, Gaming and Racing
in regard to it's Charity licence.

More Information on the AVN :-


The Australian Measles Campaign where the AVN got it completely wrong. 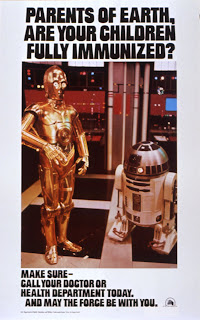 There is no evidence that vaccination has helped eliminated polio. Polio cases in the last 30 years are linked to the polio vaccine. Outbreaks in India and Nigeria are all directly linked to the vaccine. The vaccine never affected the prevalency of the disease. -Mer yl Dorey
Posted by Shockwave Plasma at 8/24/2010 12:51:00 am No comments: 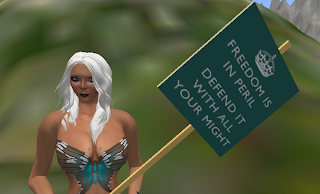 In the last few years I have been becoming more politically aware, it could be that I have noticed how much of the freedoms we take for granted have been slowly chipped away by our elected governments. These days it seems there are two excuses the government uses, either Terrorism or Pedophilia.

Government works for us, it's citizens, but in the UK at least we have seen our MPs treat the public with contempt over the ongoing expenses scandal. First it was a case of not releasing the MPs receipts, then just releasing the redacted versions, luckily someone was so disgusted at what the saw they copied them and released them to the papers. Then the discovery that 232 of these MPs where "flipping" their second homes to maximise their allowances.

So why this to start with?   I just finished reading Heather Brooks The Silent State , and I'm really annoyed and things just have to change.

Now..this is just the start...