Whatever happened to Milan Brych?

Long time ago in the dark days of a gerrymandered Australian state, there was a State Premier called Sir  Joh Bjelke-Petersen. Miracles did he promise, and never delivered, such as a steam powered car and a cure for cancer. 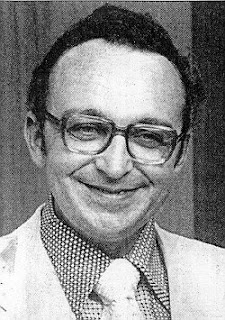 The supposed miracle worker was Milan Brych ( Born 11 December 1939), a refugee from Czechoslovakia, who moved to New Zealand in 1968, and he was able to convince then that he was an actual doctor, and then to the Cook Islands 1977 when he was being investigated by the NZ Medical Council.

In 1978 Sir Joh invited Milan Brych to move to Queensland to set up practice, this was headline news at the time, and very controversial. I suspect that if it wasn't for the Deputy Premier Dr Llew Edwards actually being a medical doctor, and being totally opposed to a quack doctor setting up in the state, this would have occurred.

He eventually moved to the US, was arrested for fraud in 1983 and sentenced to 6 years jail. Afterwards he disappeared and seems to have dropped out of sight.


There is a very comprehensive and unfortunately very badly done website here at what used to be called The Milan Brych Underground Website (MBUW). The original domain has expired and it's really hard to navigate, I also don't think it has been updated since 2002, so I guess the design can be excused as it's ten years old and probably done in Microsoft FrontPage (bleh).

He was the subject of two books around that time:-
Milan Brych: the cancer man by Australian journalist Frank Quill (out of print)
and
Cancer and Milan Brych: Cure or Con?  by Michael Guy (1978) available to read online at the MBUW website

The  Courier-Mail have a recent summery on the visit of Brych to Queensland and his visit with Sir Joh.

The MBUW also has some pictures of  graves of those who didn't survive, the locals call it the Brych Yard
(Updated 2006!)

I still suspect that Milan Brych is in Switzerland.

"very devious person, very cunning and quite callous to the well-being of society, particularly when a great deal of money is involved." - Judge David S. Aisenson (describing Milan Brych)
Posted by Shockwave Plasma at 11/26/2011 12:44:00 am

So what happened to him?

Supposedly he is living in Switzerland. I would suspect he is using a different name than Milan Brych.
It's also quite possible he might have property in his original country, even though he left it 44 years ago.

New Zealand TVone just did a documentary on him. Say he's now in Oxford England.

This link may give more details about the doco:

Actually I know his famil and he lives in OZ

I watched with abject horror the unfolding story of Vlastimil Milan Brych on television last night (26/8/12) made all the more horrific in that it was not fiction, and that I had lived through that period of time, where a devious evil human being had been able to manipulate so many ordinary people, selling false hope at $10,000 per injection while the dead bodies were quietly disposed of in the middle of the night.Thanks to one man, John Scott, the monster was finally unmasked, but only after many years and a herculean effort by Scott
Brych remains at large today aged 74 and has many hiding places between Oxford England and Thailand.
Pure evil with a pleasant smile and engraciating manner, and living proof that human beings continue to prove they can be little better than pond scum.

agreed. there's a group of academics who try to keep track - last word was he is in the uk

I knew someone how had a relative go to see Brych, and they died shortly after. I was motivated to find out what happened to him after I had complained about someone in the UK selling dud cancer cures.

Britain has the 1939 Cancer Act, that states you can't claim a cure for Cancer.

Sadly there are still people peddling these fake cures.

My Grandmother was treated my him in the cook islands. She died when my mother was only 13 and she had two younger sisters. Her father left them and they grew up in a boarding school, it's quite upsetting to know that if there was more regulation behind this and more background checks then maybe her death could of been avoided and my mother being abandoned.

Everybody seems to be on a witch hunt... especially the medical fraternity... to prove this man was a con-man and charlatan. Why is there not more attention focused on the amazing results he produced on cancer patients? Perhaps there is something more sinister going on... and I suspect it has to do with the multi-billion dollar cancer research programs that to date have not found anything that remotely comes close to what has been reported over the years of what Milan Brych has been able to achieve... WAKE UP PEOPLE!!!

reply to anonymous
yes you are on the right track , i was diagnosed with myelofibrosis and the medical world don,t even have a cure for this . i have been on a juicing and mainly raw food diet for about 18 months now and the symtoms are fading . The truth is in the cheapest medicine. FOOD . argue that and i,ll pull out my blood tests .

...wow! How the media contorts the truth!
My Pa was treated by Dr Milan Brych in Rarotonga 1977. He had lung cancer & Dr Brych was a success!
I have all the newspaper clippings my grandma kept on him, including invoices for $650 an injection, not $10,000
The unfortunate people who did pass away were buried at night because Rarotonga had no morgue in the 70's so they had to be buried within 24 hrs of death.
Of course he couldn't save everyone but he did have an 80% success rate

Unfortunately my pa developed pneumonia upon returning to Geelong in the middle of winter & a blood clot took his life. My sceptical uncle ordered an autopsy after his death & cancer was at the bottom of a dozen reasons! Thank you Geelong hospital for taking his life my giving him an injection in the WRONG ARM (instructions: nil in left arm)

The 'secret' he used was Laetrile or commonly known as apricot kernel.

I'm looking forward to watching the TVNZ dock to see how biased the view is.

Dr Milan Brych was a somewhat pioneer in my & my family's eyes. Seems the medical profession were scared & shut him down

You're mother was abandoned by her father after her mothers death? I would be more annoyed at this

The previous comment is very interesting, and very true ! His methods could not be any worse than the deadly Chemo and Radiation therapies currently available, offered, enforced by the medical system, yes ?

The film is no longer available to watch online, which is unfortunate as I'd rather like to see it. But perhaps it's just as well as if it's as biased as it sounds it would probably frustrate the hell out of me.

Anyway what brings me here is, the Brychyard Cemetery in Rarotonga Cook Islands where his patients were buried is in a state of disrepair and the graves are falling into the sea due to erosion, ten already I believe. The cemetery has not been maintained at all by locals or anyone in Rarotonga. There is a Facebook page with more details,
Save the "Brychyard Cemetery" Rarotonga The Cook Islands

Important information for those with family buried there.