Britian The Rogue State of Libel 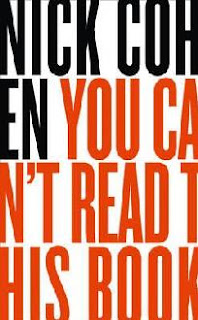 If you publish, if you write, this is a book to read to understand just how bad the UK libel laws are.

On 21 July 2008, the United Nations declared that the practical application of English libel law "has served to discourage critical media reporting on matters of serious public interest, adversely affecting the ability of scholars and journalists to publish their work". England's authoritarianism was not a local concern, but created the global danger that one country's "unduly restrictive libel law will affect freedom of expression worldwide on matters of valid public interest".
Libel law was making England look like a pariah state. The internet ensured that all online publications everywhere on the planet could be read in England. Thanks to the Duke of Brunswick and his obedient servant, a single view of a web page in the UK constituted a publication of the libel in England, however old the offending words were. True, wealthy men could sue only if they had a reputation in England that critical reporting could damage. But as many oligarchs had a London home, or had business dealings in the City, they could overcome that obstacle with ease.

The USA did the right thing:-


US Senate passes 'libel tourism' bill
(AFP) – Jul 19, 2010
WASHINGTON — The US Senate on Monday passed a bill to shield US journalists, authors, and publishers from "libel tourists" who file suit in countries where they expect to get the most favorable ruling.
The popular legislation headed to the House of Representatives, which was expected to approve it and send the measure to US President Barack Obama to sign into law despite misgivings from key US allies.
Backers of the bill have cited England, Brazil, Australia, Indonesia and Singapore as places where weak libel safeguards attract lawsuits that unfairly harm US journalists, writers and publishers.
The Senate approved the measure in a "unanimous consent" voice vote.
The bill's supporters have said that "libel tourism" undermines free speech rights under the US Constitution's cherished first amendment, and so erode accountability of powerful figures in a healthy democracy.


The book is available at The Guardian Bookshop

More information on UK Libel can be found here http://www.libelreform.org/

Libel laws are not just a Fleet Street issue. We have heard from scientists, campaigners, writers, academics and patients that their discussions and publications are being shut down by the threat of libel action. Critical and open debates are vital in medicine and the public are badly missing out without them. Tracey Brown, Managing Director of Sense About Science: