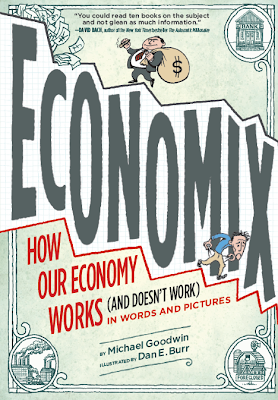 My latest reading has been the very interesting Economix. It's a fairly comprehensive but simple comic book introduction to the history of Economics in Europe/USA, and how it's been a failure for the vast majority of the population.

Yes, it's a comic, and I think this would be readable by almost anyone as it comes across as both a history and a bit like a detective story. (Can you find where the money has gone?)

It has a fairly good coverage of our current financial crisis, and a simplified theoretical model of Capitalism and Socialism, and how the practise of both didn't work according to the theory.

Like many Gen Xers I remember the Cold War as we "confronted" the Soviet Union, and eventually the mobile phone and the laptop defeated the Hammer and Sickle. I still clearly remember the pictures on the TV news of people in Eastern Germany knocking down the Berlin wall. Those where the days when many people thought a new world was beginning.
When it was all over, we were expecting the military to shrink, and life was to get better for the rest of us. (It didn't, it hasn't)

Naturally the author has left out many things, but I thought the most obvious addition would have been to write at least something on the French economy and society.
While the the US republicans continually try to minimise the state, France IS the state. The is only one French Government, and the many of the utilities are still state run, such as the electricity supply via EDF (Electricite de France). The UK Thatcher Government decided to privatise their electricity in the slavish belief that the market forces would provide cheaper energy, unsurprisingly it failed.
Not being daunted by this failure the UK privatised the rail network, but not to real competition, but to state subsidised monopolies.

How does the current economy affect you?
Why does it seem the rich get richer and the poor get poorer?
How come bankers get rescued by Government, but small businesses don't?
Is Alan Greenspan a genius?
Does it just come down to Socialism for the rich, and Capitalism for the poor?

This is something your young teen and your Grandparents could both read, understand and both equally get angry about. The teen seeing their future being locked away, and the Grandparents wondering why their pension doesn't buy very much.

Where has all the money gone?  Guess. 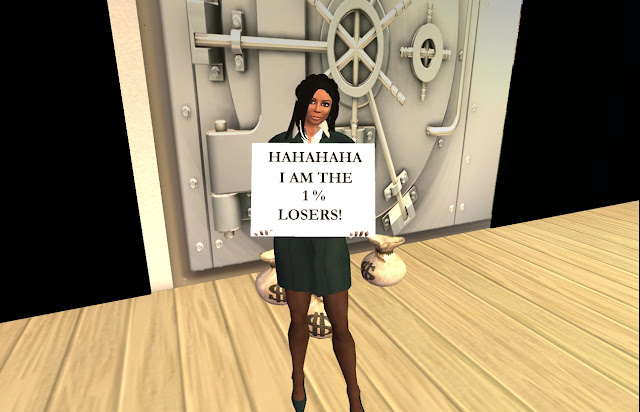