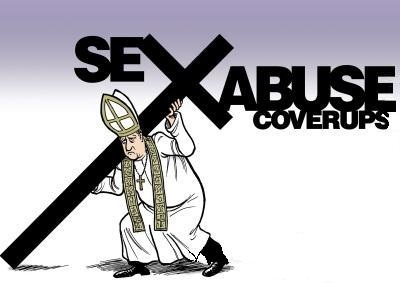 Australian TV station the ABC has Current affairs show called Lateline, and tonight Lateline has a story  (internationally viewable) on NSW Detective Peter Fox and his battles with the Catholic church. Also his call for a Royal Commission to do a wide ranging investigation of the Church.

PETER FOX, NSW POLICE (Sept. 2012): I've been on the police force for 34 years. I'm not a kid that just joined yesterday. I've been involved in investigating the clergy for about 20 of those. There are very good reasons, let me tell you, that we need a Royal Commission.

SUZANNE SMITH: To understand the enormity of the abuse in this one small area of NSW, you need only to look at the statistics for the Newcastle-Maitland Diocese:

Newcastle-Maitland has 400 known victims of child sexual abuse by clergy.

11 clergy have been charged and convicted since 1995.

Six catholic teachers have been convicted.

Three priests on trial at the moment.

For the first time ever a priest was charged this year with concealing the crimes of another.

And, it had the highest known compensation payout to a victim, the amount of $3 million.

And today, two police strike forces are investigating whether Church officials were involved in covering up crimes.

Not all the clergy are fully cooperating with police

Didn't we see the exact same issues with the Catholic Church in Victoria a month or so ago?

He has also written an open letter to the State Premier Barry O'Farrell to highlight the problems the police are facing.

Don't forget, it was this current Pope that decided that Child abuse investigations are to be kept inside the church. You can read the 2001 letter here

NSW Premier Barry O’Farrell on Friday announced a special commission of inquiry into police investigations of alleged paedophile priests in the Hunter region.

Not good enough...we need an investigation into the Catholic Church on an Australia wide basis.


The Vatican, and its vast network of dioceses, has in the past decade alone been forced to admit complicity in a huge racket of child rape and child torture, mainly but by no means exclusively homosexual, in which known pederasts and sadists were shielded from the law and reassigned to parishes where the pickings of the innocent and defenseless were often richer. In Ireland alone — once an unquestioning disciple of Holy Mother Church — it is now estimated that the unmolested children of religious schools were probably the minority. -Hitchens