Single Frame Stories, is telling a story in a single frame.

Each Saturday (or Sunday) we’ll offer a new word or phrase for a prompt. Participants will each create a Single Frame Story based on the prompt of the week, consisting of a single image with up to 140 optional characters of text. The image can be a photo, screen shot, drawing or painting. The text can be integrated into the image or used as a caption or title.

This week, the prompt is "Found" My week by week number is a bit messed up now...so it's now number 22.

Last week  it was "Unplugged", you can see the entries here:

This time inspiration was a bit quicker, I had a few idea for Unplugged but they were either not G rated or the SL Marketplace came up empty.

I have been after a personal 404 page for some time, because...well..because these were big in the 2000s and I'm just catching up. Actually, Blogger just updated the ability to add a 404 page only a few months ago. 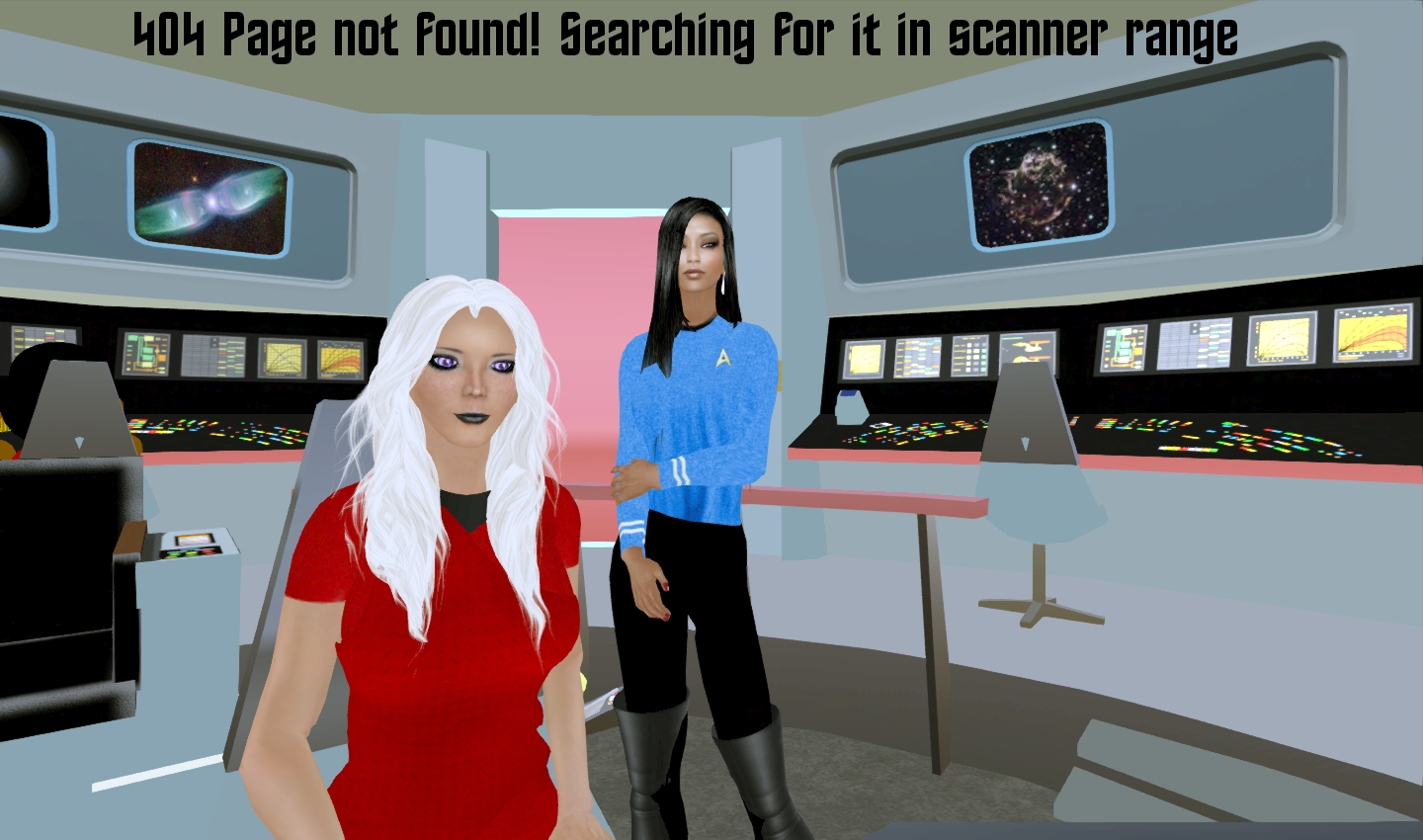 Science Officer Dagger:  Computer, what is the nature of the universe?
Computer: The Universe is a slowly shrinking rectangle currently 1837.24 km across
- Star Trek: The Virtual Voyages, Episode 34 "What little avatars are made of"